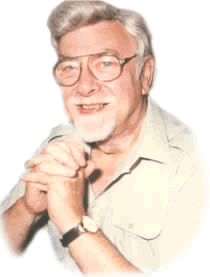 live traditional jazz in the

In 1959, having spent almost two decades in the cinema business - first at the Odeon Dudley (during the war years) and secondly at the Ritz, Burton upon Trent - Glyn left to start his own electrical business.

With finding his evenings free for the first time he started attending Jazz sessions each week in neighbouring Derby.

By the early Sixties, spotting an opening for Traditional Jazz in Burton, started Weekly jazz sessions at the Market Hotel - in Burton's High Street, using bands from Stoke and Nottingham.]

By the early seventies Lichfield Jazz Club was formed, which ran for eight years at the Old Crown Bore Street. During the mid seventies jazz sessions were also held at the Pennine Hotel Derby - later moving to the Hardy Club - these ceased in the early nineties.

Glyn ran the club more or less single-handed, with Vera's assistance on the door, so when he died the future of the club was in doubt. However, the members rallied round, formed a committee, and set out to keep Glyn's legacy going This we have achieved - Burton Jazz Club continues to operate successfully every Thursday at Marston's Sports and Social Club, and is looking forward to another fifty years.